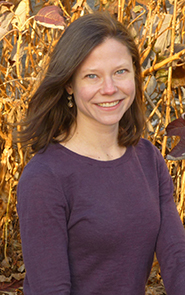 Sarah Vandegrift Eldridge received her B.A. in German from the University of Chicago and her M.A. and Ph.D. in German from Princeton University. Her research interests focus on eighteenth- and nineteenth-century German literature, particularly the genre of the novel: its emergence of a vehicle for self-expression and societal experimentation around the turn of the 19th century, and its intersections with biology, pedagogy, and the law. Her first book, Novel Affinities: Composing the Family in the German Novel 1795-1830, appeared with Camden House in 2016. Further research interests include issues of canonization and the processes of literary history, religious writing as an antecedent to the novel, and techniques of 'care of the self.' Dr. Eldridge's teaching has covered literature and culture of the German Enlightenment to the early 20th century, as well as philosophy, history, and German language.