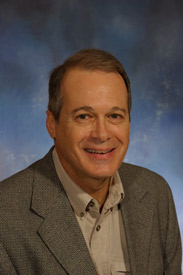 German and Austrian literature and thought from the Enlightenment to the present; philosophy and literature; romanticism; poetics; Nietzsche; translation.

Dr. Del Caro’s interdisciplinary teaching and research span the late eighteenth century to the present. He is drawn to figures and issues from the Age of Goethe, the fin-de-siècle, and generally those poets and thinkers whose works reveal a special affinity for the earth. His book in progress is a treatment of Goethe’s earth spirit (Erdgeist). Favorite courses over the years have been cross-listed with humanities, philosophy, comparative literature, and include the Faust-theme, Nietzsche, literature in the Age of Goethe, and nature and environment in German literature and thought.

Dr. Del Caro’s monographs include Nietzsche Contra Nietzsche: Creativity and the Anti-Romantic (LSU Press, 1989); Hölderlin: The Poetics of Being (Wayne State UP, 1991, 2017); Hugo von Hofmannsthal: Poets and the Language of Life (LSU Press, 1993); The Early Poetry of Paul Celan: In the beginning was the word (LSU Press, 1997); Grounding the Nietzsche Rhetoric of Earth (De Gruyter, 2004). He is co-editor with Janet Ward of German Studies in the Post-Holocaust Age: The Politics of Memory, Identity, and Ethnicity (UP of Colorado, 2001, 2002), and co-editor with Robert Pippin of Thus Spoke Zarathustra (Cambridge UP, 2006), for which Del Caro is the translator. He was a major contributor of translations for The German Mind of the Nineteenth Century, ed. Hermann Glaser (Continuum, 1981), and for Nietzsche’s The Gay Science (Cambridge UP, 2001). Del Caro’s translations also include Nietzsche’s Beyond Good and Evil / On the Genealogy of Morality (Stanford UP, 2014); Schopenhauer’s Parerga and Paralipomena 2 (Cambridge UP, 2015, 2017); Nietzsche’s Unpublished Fragments (Spring 1885 – Spring 1886)(Stanford UP, 2019). Del Caro is co-editor of The Complete Works of Friedrich Nietzsche published by Stanford University Press.

Articles by Adrian Del Caro have appeared since 1980 in journals and edited volumes, the most recent of which appear below: